We are reaching a critical juncture in the legislative process. At the beginning of Summer, the Senate voted on over 350 bills, passing them off of the Senate Floor and moving them over to the Assembly for consideration. Now, those bills are making their way through key policy committees before they go before the entire Assembly for a final vote in August.

I am excited to share that my bills focused on domestic violence, public transit safety, gun violence prevention and cybersecurity continue to press forward. In addition, I am working shoulder to shoulder with my Senate colleagues to hire 1,000 new firefighters statewide, strengthen sentencing laws for violent criminals who attack schools or places of worship, and ensuring California maintains access to abortion.

As our state and our nation face crises on multiple fronts, I am proud to be fighting for legislation that will improve the quality of life and provide public safety for all Californians. My Senate Bill (SB) 935 is now on the Governor’s desk ready for signature. This legislation will ensure that victims of domestic violence can renew restraining orders as many times as needed in order to prevent future abuse. This is an important change in state law that will allow for greater and more expansive use of a critical legal protection that has the power to prevent cycles of violence and save lives.

I will continue to periodically send you updates on legislation, district highlights, and local resources of interest to Orange County residents and businesses. To stay current on the news from my office, follow us on Facebook, Instagram, and Twitter.

Again, thank you for the honor to serve as your representative in the California State Senate. I am so grateful for this opportunity to represent you and our Orange County community. 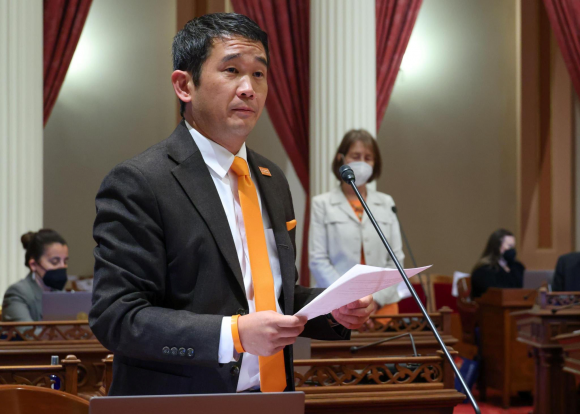 This legislation will allow Domestic Violence Restraining Orders (DVROs) to be renewed as many times as necessary for victims of abuse. SB 935 addresses the lack of clarity in current law concerning whether a judge may subsequently renew a DVRO that had previously been renewed, which has led to inconsistent handling of DVROs by judges across the state and the denial of victims’ legal protections on a recurring basis.

The bill is part of a larger domestic violence package, that I have been championing this Legislative Session and includes:

From Buffalo to Laguna Woods to Uvalde, the scourge of gun violence has reached crisis levels beyond what any of us could have imagined. Addressing this issue has been at the forefront of my work in Sacramento and I am proud to report that my bills to help stem gun violence are progressing through the Assembly toward the Governor’s Desk. 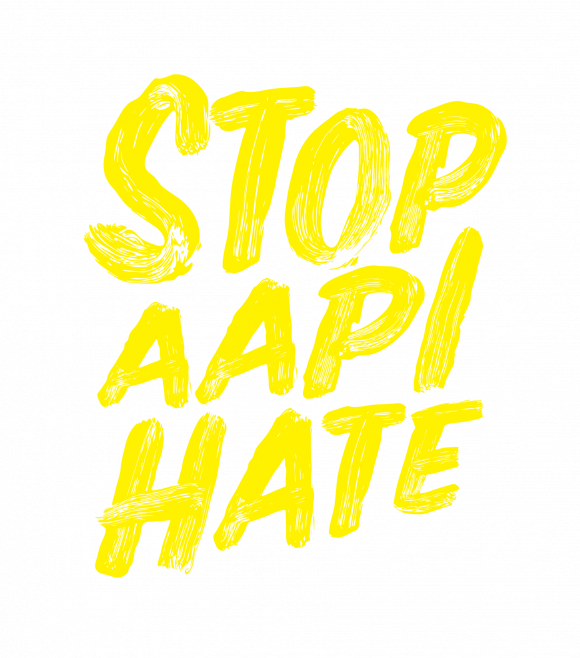 This year, I am proud to carry legislation in partnership with Stop AAPI Hate, a national coalition dedicated to advancing equity, justice, and public safety for Asian American and Pacific Islanders throughout our country. Together, we introduced SB 1161, which mandates the 10 largest transit agencies in California gather data and design solutions to address the root causes of street harassment on public transit. This bill will not only keep riders safe, but will also help us build back public transit ridership as we continue our COVID-19 pandemic recovery. 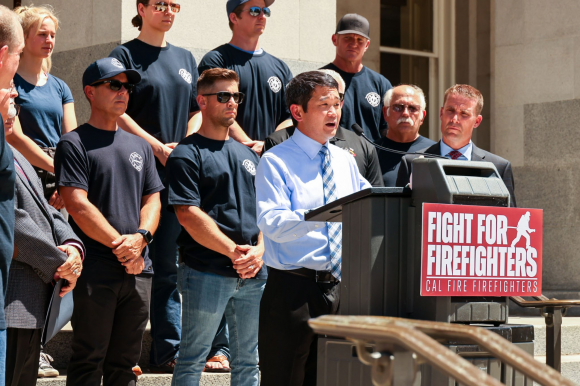 This year, I have worked closely with my colleagues and am coauthoring key bills that will help address some of our state’s most pressing issues. Below is some information on a few pieces of legislation that will help Californians. 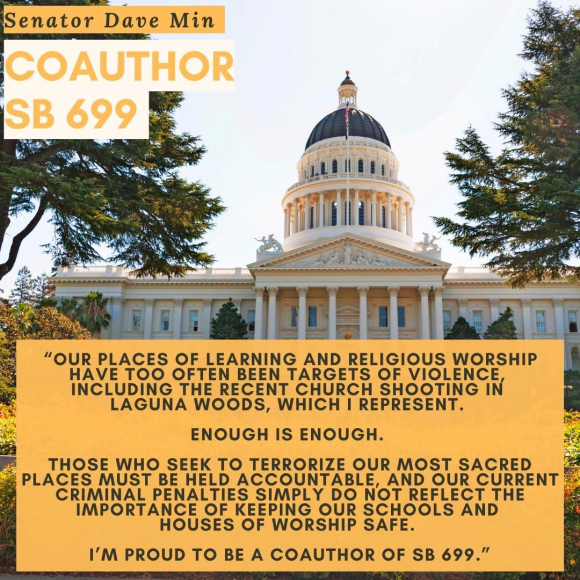 Team Min in the News:

For more on the work I have been doing in Sacramento, and throughout the district, here are some highlights in the news.

Cal Fire has less personnel than in 1970. A new bill wants to change that.

New online campaign reminds us that street harassment isn't a rite of passage. It's a public health concern.